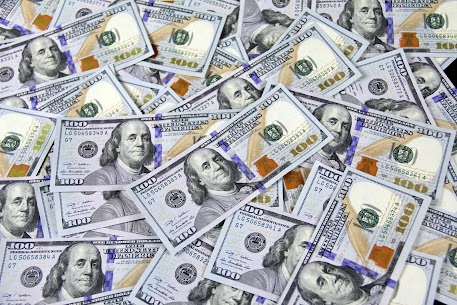 All people, at times, need assistance. Whether wrongly incarcerated or simply having had a lapse in judgment, people find themselves in situations where bail money is needed and it is needed fast! That’s where we come in! At Liberty Bail Bonds, we are here to support and assist you in getting a friend or loved one out of jail. Time is valuable and the less time spent behind bars, the better! Our bondsmen are here to provide fast and efficient support, no matter the time of day. Time spent in jail takes away from time that should be spent at work or simply being home with family. Rest assured, our services are licensed and insured. We have been in operation for over 20 years and know exactly how to best assist you in your time of need. We know the laws. We know the process. Our service is second to none!

Getting arrested does not simply happen between the hours of 9-5. In many cases, a client may find they need assistance very late at night or in the early morning hours. No one wants to wait in a jail cell for a bail bond servicer to open. With Liberty Bail Bonds, we are available to assist 24-hours a day, 7 days a week. Jail is not designed to be pleasant. It is oftentimes cold, dirty, and unwelcoming to say the least. We provide the ability for family and loved ones to get out of jail as quickly as possible, spending as little time behind bars as is necessary. We know bail can be set at very high numbers, but that doesn’t mean your loved one is stuck enduring confinement indefinitely. Let us help you get them released! For simply a small percentage of bail paid out, your loved ones can be released and back home, regardless of the time at which he/she was arrested.

Bail bonds are a support system for those in our community who may not be able to afford a large, unexpected bill due to a loved one or friend getting arrested. Average bail can range from smaller amounts to thousands of dollars. Most people don’t have that type of money simply sitting around. Bail is designed, not as a fee, but as collateral, assuring the accused, or defendant, will appear for his/her court date as expected. That’s where we come in. At the arraignment, the judge will decide if bail is applicable to the crime committed. For some crimes, bail is not an option. The judge will then decide on the amount of bail to be set according to the bail schedule. The person wanting to post bail can speak with our team to explore payment options and/or potential collateral. If the accused or his/her family can post bail, they provide a cash bond to the court. If money needed is not available, typically a surety bond, provided through bondsmen is an available option. At Liberty Bail Bonds, we will review the charge and establish our conditions guaranteeing the appearance of the defendant. We then post bail for your loved one. This process does require the defendant to appear for any and all court dates, as specified by the county or state law offices. Because bail is not a fee, but collateral, if the client adheres to all court dates and agreements, bail will be refunded to the family, less our previously agreed upon service fees. It is completely unnecessary to allow our loved ones to sit in jail while awaiting a court date/hearing. Liberty Bail Bonds can help get them out, so life can continue pretty close to as it would prior to the incident.

As stated above, once our team has been contacted and the agreement finalized, the bond will be posted and the release process will begin. The time it takes for the release depends on where the accused is being held. In local facilities and police stations, release can typically be expected between 1 and 3 hours. Larger facilities, however, have longer release times that may fall between 3-8 hours after receiving the paperwork. Once released, the legal expectation is that the defendant shows up for his/her court date as required. Not appearing in court may result in an issued warrant and “Failure to appear” charge. All bail charges will also be finalized with no money refunded to the co-signer. Please note that a bail bond is a legal obligation for the defendant to appear in court. The co-signer, or indemnitor, is financially liable for the full face value of the bail in the case that the accused does not appear in court. If the accused appears in court and charges are dismissed, the bond (less bond agency fees) and the collateral will be returned to the co-signer. The fee paid to the bonding agency is nonrefundable.

Bail Bonds for Anyone

Liberty Bail Bonds is a non-discriminatory company. We understand incidents happen, even to the best of us. We know no one is without flaw and believes no one should have to sit in jail simply due to financial hardship not allowing for bail to be posted. We are unbiased and are an equal opportunity lender to all races, genders, and ethnicities. Our licensed team is here to support our community and help you to move past a bad day or decision. We keep you informed every step of the way and continue contact throughout the bail process. We’re here for you and your loved ones. Being in jail happens. Staying in jail is a choice and is not necessary when a bail amount has been set. Don’t let financial hardship deter you from helping a loved one! Call Liberty Bail Bonds today!

For many people in the general public, jail is something that is rarely thought about. Most of us do not have a savings account set aside ... more

Liberty Bail Bonds is a nondiscriminatory company. We understand incidents happen, even to the best of us. We know no one is without flaw ... more