What Are the Different Types of Bail Bonds? 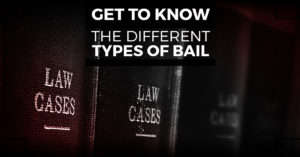 Whether you have dealt with the legal or criminal system before or not, bail and bail bonds fort worth is not something most people are familiar with. In fact, most would assume that when someone posts bail from jail that all bail bonds are the same. However, the truth is that there are several different types of bail bonds. How do these jail bail bonds get determined? What are the different types of bail bonds and what do they mean? Continue reading and we’ll answer these questions and more below. Learn more about Liberty Bail Bonds services in Tarrant County.

When you listen to the news or read the newspaper, you might come across a story about someone being arrested in Tarrant County or Fort Worth. Often it will say the person is in jail being held on a high bond or bail was set at a certain amount. In some cases, bail might be denied completely. In the past, judges would use what was called a bail schedule in order to set the amount of bail. Now, if you’re arrested, a judge will set the bail amount depending on the seriousness of the charges, your financial situation, criminal history, and ties to the community. This is normally done at a bail hearing. A bail bond service is hired when an individual needs help paying the bond to get out of jail quickly.

Depending on the different factors listed above, each case will have unique bail terms as determined by the judge. In the bail bond industry, there are two different types of bail bonds. These are:

Besides these two types of bail bond options, an individual can be released on their own personal recognizance or released on a citation. We will also briefly discuss those options as well. It is important to note that not all criminal offences have a bail option, especially in the case of a serious offence. It is up to the judge in the Tarrant County jail as to whether the individual is allowed the bail option.

A surety bond is the most common of the bail bonds in Fort Worth. This type of bond is used when the accused is unable to pay the bail set by a judge. In this instance, a friend or loved one contacts a bail agent, or bondsman, to assist. This is where a company, like Liberty Bail Bonds, pledge to pay the entire cost of bail to get the accused out of jail fast. It is important to note that accepting a bail bond should be taken seriously as bail bonds are a loan. Should the accused not appear for their scheduled court date, the bond amount may be forfeited.

The bondsman will only charge a fee and sometimes hold a larger asset as collateral as long as all requirements and specific legal advice are followed. If the accused person does not make their scheduled court date, severe consequences can be placed on the accused. This can also happen if the friend or loved one is unable to pay back the bondsman and money owed.

A property bond uses the accused personal assets as a way to ensure bail is paid. While it isn’t used very often, it offers the accused a way to pay for a high bail they may otherwise not be able to afford for his or her jail release. With this type of bail bond option, high-value items such as homes, cars, boats, and other property can be used to pay for bail. The property must be located in the state of Texas, there must be no current liens on it, and you must have paperwork to prove ownership. The court will then place a claim, or lien, on the property. If the accused fails to appear for their court date, the court can then force them to forfeit the property so it can be used to cover the cost of bail.

After you’ve been arrested and you have a bail hearing, there are two other options that you may receive. The first is being released on personal recognizance. This means that the accused is being released without the need for bail. Instead, they agree to appear in court for any scheduled dates. The second option is referred to as a “cite out” which is being released on a citation. This is often used for minor law violations. In this instance, a citation is issued by the arresting officer to appear in court. If the accused fails to appear in either case, an arrest warrant can be issued and jail time may be the result.

Questions About the Different Types of Bail Bonds?

If you have questions about the different types of bail bonds, Liberty Bail Bonds can help! While we mostly deal with surety bonds, we still may be able to help with other questions you have. If you or your loved one is in jail and you need fast bail bonds, Liberty Bail Bonds is here for you. We are available 24 hours a day, 7 days a week – any time you need us. We offer competitive pricing and work to make the bail bond process as quick and efficient as possible. Give us a call or stop by our location conveniently located just minutes from downtown Fort Worth tx.