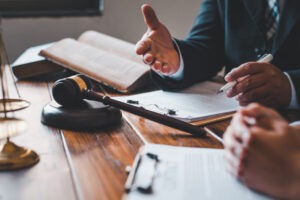 People who end up in Texas county jails fall into one of the two categories. The first ones are repeat offenders who are well aware of the consequences. The second is people who might make a poor decision in the middle of a bad situation, potentially leading to their arrest. Being arrested can be a traumatic experience. You can lose your utilities and home if you are unable to pay your bills. It’s crucial to have an Arlington Bondsman who can assist your loved one, friend, or family member with getting out of jail as soon as possible. If you have a friend or family member in the Arlington County jail, let Liberty Bail Bonds act as your trusted Arlington Bondsman. Our reliable and specialist bondsman are available all the time to walk you through the entire bail bonds process so that you know what you’re getting into when you post a bail bond in Arlington.

An arrest is made, and inmates are received at an intake

After being arrested, inmates are received at an intake, also known as booking. Officers will take inventory of personal property, including any money brought in by the individual. To avoid contraband into the prison, each prisoner is searched. The facility will have all the necessary hygiene items. The commissary can be used to buy other products. Cigarettes and alcohol, which are considered contraband, would be destroyed without exception upon admission.

An arraignment is scheduled

An arraignment is scheduled after you have been convicted and put in prison. An arraignment is a hearing with a judge at which the judge considers the nature of the charges framed, as well as the amount of money that must be charged as bail before a prisoner can be released. Depending on the charges and circumstances, this amount can differ significantly. Bail can be anywhere from a few hundred dollars for minor offenses to millions of dollars for more severe crimes such as murder charges.

Many families do not possess enough cash on hand to bail out their loved ones. This is where the services of a top-rated Arlington Bondsman come in handy. Liberty Bail Bonds in Arlington, Texas, will post bail for you or your loved ones for a small fee. This will allow them to be released and enjoy freedom during lengthy court proceedings.

The most important thing is to find a dependable Arlington Bondsman who is licensed to work. We at Liberty bail bonds are a licensed bondsman available 24*7. Trust us to commit to the judge on behalf of the prisoner to meet all court hearings and help post bail. This will help you or your loved ones get released from prison.

No one ever wants to get into trouble and be arrested. And if this happens, it is essential to ask for assistance from a dependable Arlington Bondsman. Get in touch with Liberty Bail Bonds right away.