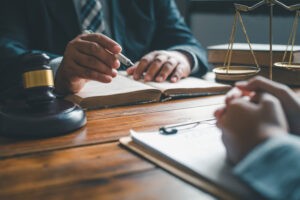 Arlington is the most populous municipality in the Texas metropolitan area, ranking 50th in the USA. The Dallas Cowboys, a famous football team, are based here. Arlington, unfortunately, is also a perfect place to get detained. You may get caught being at the wrong place at the wrong time. Or maybe the drinks were too good to say no to, and you had too much. And once you are detained, a night that was supposed to be fun has now turned into a nightmare. It not only disrupts work and family life, but it is also emotionally draining and stressful. The prisoner has no interaction with the outside world. No one ever wants to get into trouble and be convicted. But it does happen. If this happens, it is ok to seek help. Get in touch with Liberty Bail Bonds Arlington, Texas, if you have a family member who is in jail.

There are 10,081 crimes for every 100,000 residents in Arlington, Texas. This means that you have a one in 26 chance of being a victim of a crime. The most popular type of bail bond is the surety bond in case someone is in jail. When the accused cannot afford the bail amount imposed by the court, a surety bond is used. A bail bond agent in Arlington, Texas, such as Liberty Bail Bonds, promises to cover the entire cost of bail if the accused fails to appear for their scheduled court date.
Call Our Bail Bondsman at (817) 759-2663

Violent and property crime are two forms of crime in Arlington, Texas. You can secure bail for convicts with our property bail bonds Arlington, Texas. Property bond ensures that the bail amount is covered by using the accuser’s personal properties. High-value assets, such as houses, vehicles, and other property, may be used to pay for bail with this form of bail bond.