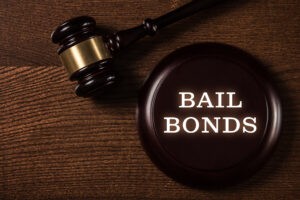 Life is so unpredictable, and it can take an unexpected turn at any time. Fort Worth is the neighbor of Dallas, and with a population of 874,401, it makes almost one-half of the DFW metropolitan area. Sadly, big cities like Fort Worth attract criminals. Though Fort Worth is considered a safe city, it reports about 34,000 crimes per year. Owing to the given figures, you may need bail bondsmen Fort Worth at any time. If your loved one or you have been arrested, it can be an overwhelming experience.

There is, however, a silver lining. Most citizens arrested in Tarrant County can be released from jail while fighting their charges in the country. We know the legal system can be a long and exhausting process. It involves posting bail bonds, and there are many other hurdles in the process. You can reduce your worries and get out of jail fast by reaching out to Liberty Bail Bonds. Our bond agents are experienced and friendly. They will help you through the process and help to get your dear ones out of jail as fast as possible. Call us any time at (817) 759-2663 and get speedy bail bonds at competitive prices.

Your Trusted Bail Bond Company In Fort Worth 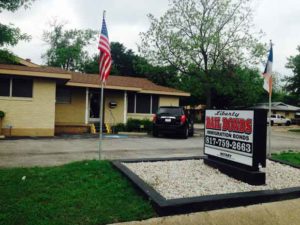 Since 1998, Liberty Bail Bonds in Haltom City, TX has ensured that your loved ones get quick bail bonds getting them out of jail quickly. We are a 24hr bail bond company that provides bail bondsmen Fort Worth at competitive yet affordable pricing. If you are looking for a bail bond agent in Tarrant County, we can help. Our office is just a 10-minute drive from Downtown Fort Worth and is easily accessible. Our bail bondsmen are familiar with the local justice system and all the legal formalities needed to release a defendant from jail. If you need assistance to pay thousands of dollars on bail posted by the judge, reach out to us to explore your bail bond options. We have multiple payment options available to help you quickly reunite with your loved ones without breaking the bank.

How Do Bail Bonds Work? 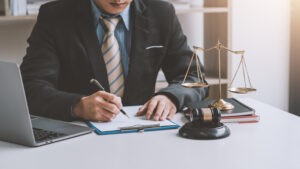 Once the fee has been negotiated, and the defendant and co-signer agree to take responsibility for the bail bond amount, the bail agent will deliver the bail bond to the jail. The defendant will be out of jail as soon as possible. Be forewarned, the larger the jail, the longer it may take for the release. If you have more questions, you can visit our FAQ for more information.

Get Fast And Affordable Bail Bonds

Your 24/7 Local Bail Bondsman Is Here

Problems can occur anytime, and they are more likely to happen when they are least expected. If you or a friend have been arrested and are behind bars, you can reach our bail bondsmen anytime. Our bail agents have a good knowledge of the Tarrant County Justice System and will get the defendant out of jail fast.

Surety Bond
A surety bond is one of the most common types of bail bond. This type of bail bond is often used when the defendants simply cannot pay the bail amount set by a judge. In this case, the family or friend of the accused searches for a bail agent or bail bondsman, and that’s where bail bonds companies such as Liberty Bail Bonds can help. The bail bondsman will charge a certain fee or sometimes hold a large asset as collateral if the defendant fails to appear in court.

Property Bond
A property bond typically uses the accused’s property or any other personal asset to pay the bail amount. While it is not used often, it gives the defendant a way to pay for high-value bails. However, the property must be located in the State of Texas, and there should not be any current liens on it. We provide the bail bonds with the collateral of your property, and if the defendant fails to appear in the count, the judge can forfeit the property to cover the cost of the bail.

If your loved ones or you have been arrested for violation in Fort Worth, Arlington, Euless, or any other surrounding city in Tarrant County, call the Liberty Bail Bonds for legal assistance. Our team can help you pay a high bond amount and get your loved one home safely. Our bail bond services include:

Need professional bail bond services in Tarrant County? Reach out to Liberty Bail Bonds to secure the release of your loved one. Call at (817) 759-2663 for Bail Bonds Fort Worth.