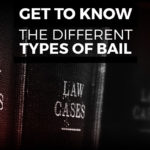 Having an arrest warrant issued for you or your loved one is never a good thing. Arrest warrants in Fort Worth Texas need to be treated seriously. Texas highway patrol and municipal police are always on the lookout for those who have pending warrants. Having an open warrant means you could be pulled over in your car for anything as little as a broken taillight and end up in jail. If this happens to you, your only option is to get in touch with a top-rated liberty bail bonds Fort Worth TX.

When you call the professional bail bond agents at Liberty Bail Bonds, you can be assured that you or your loved one is in good hands. As a leading bail bonds service provider in Fort Worth TX, we specialize in providing top-notch service at a reasonable price to each of our clients.

Contact our local bail bondsman today to ask about our bail bonds service and ensure your loved one’s release.

How bail bonds work in Fort Worth TX 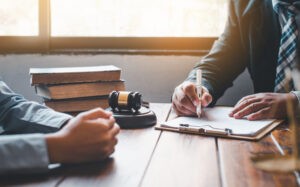 ​When someone is given bail, it simply means that they have paid a certain amount of money or, in some situations, other valuable objects in exchange for a conditional release from prison. Whatever is put up as collateral, whether it is money or a precious item, is only returned to the individual at the end of the trial if they follow the bail conditions.

This means that the bail money is merely a security deposit held in trust by the court until the case’s conclusion. It’s a simple technique of guaranteeing the court that you won’t flee once you’ve been released.

Bail amounts and conditions might vary significantly based on the offense for which the defendant is charged and the location of the incident. If a person is forced to post a bail amount for $50,000, for example, they may be unable to do so. In this case, hiring a reliable bail bondsman in Fort Worth TX is the best alternative. 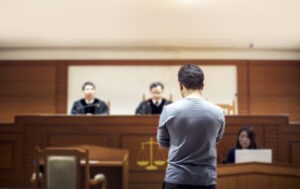 ​When you have broken the law in some way, a warrant is issued. Probationers and parolees are the most common examples. If you fail to appear for a probation appointment, for example, a warrant may be issued. An arrest warrant is issued if you violate the terms of your probation. If you fail to appear in court when you are scheduled to do so, the judge may issue an arrest warrant. For unpaid traffic tickets that have gone unpaid for an extended period, arrest warrants may be issued. It’s important to remember that not everyone who receives a Texas arrest warrant is a criminal. Violations can sometimes be unintentional.

In this circumstance, your best chance is to turn yourself in and cooperate with bail bonds professionals. Our bail bonds services will help you get out of jail while you await your trial. If you’re looking for a bail bonds company in Tarrant County or Haltom City, Liberty Bail Bonds is the best in the area. We have been helping families get loved ones out of jail on bond as fast and efficiently as possible since 1998.

The best bail bondsman in Fort Worth

Waiting for bail to be posted is a waste of time. At Liberty Bail Bond, we are available to assist you 24 hours a day and have a thorough awareness of all state legislation and bonding processes because we operate locally. Our experienced bail agents are familiar with the bail bond process, so they can act quickly to secure your loved one’s release.

When you come to us with your problems, you will get a quick response. You can trust our highly knowledgeable bondsman when you have decided to work with our Fort Worth bail bond company. 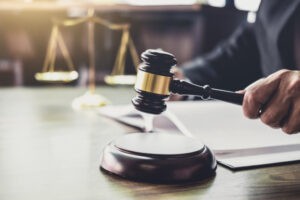 What are your options for getting bail for a friend?

​If you don’t have enough money or property to post bail, our bail bond agents in Fort Worth TX will be your best bet for getting bail for a friend. This is an excellent way to acquire some financial help, though it’s worth noting that 10% of the bail is usually expected upfront.

Do you need the services of a reliable bail bondsman in Fort Worth TX? Liberty Bail Bonds can help. We’re a full-service bail bond company with local agents throughout the Texas region.

How can I get in touch with Liberty Bail Bonds?

Liberty Bail Bonds provides the resources and personnel to meet all your bail bonding requirements. Click through our website to discover more about our bail bonding services, whether you want to secure bail for yourself or a loved one.

Liberty Bail Bonds in the Fort Worth Tx location is the best option if you want a quick release, lowered charges, and excellent service. It might be challenging to bond someone out of jail, which is why one of our skilled Liberty bail bondsmen in the office will be there to guide you through the whole bail bonds process. We can help you with any forms required, whether you are in need of services for a felony or a misdemeanor.

Liberty Bail Bonds has been a trusted bail bond servicer, offering flexible payment options in Fort Worth TX for many years. We have helped many families bail out loved ones, allowing them to await their trial in comfort and peace. Contact us at (817) 759- 2663.