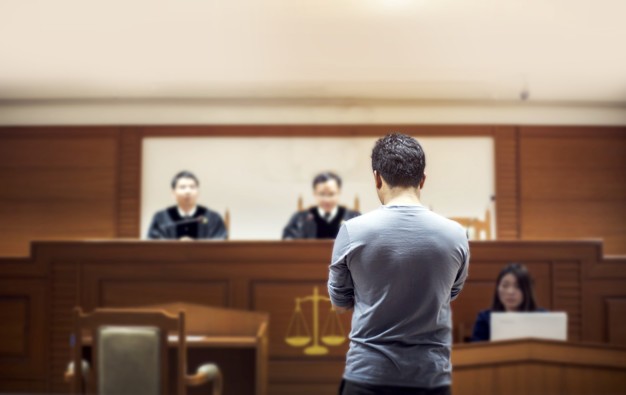 How Can Liberty Bail Bonds Help?

Bail is not something many of us consider or discuss with friends and family members. At times, however, needing to bail a friend or family member out of jail is a reality for many families. Where do you go? Who do you turn to and what can you expect in a bail bond agency such as Liberty? Many people understand that bail is a payment required for an individual to be released from jail, but are unsure of how a bail bond company can help. At Liberty Bail Bonds, it is our job to assist and support family members or friends whose loved ones are facing incarceration.

People get arrested for a variety of reasons. Many times a decision that seemed fine at the time ended badly or a warrant was issued for something minor that was left unpaid. When arrests occur, a judge will review the case and decide if bail will be offered to the accused individual. In most cases, bail is set at a price that is reflective of the crime committed. Once bail has been set, it is up to the individual or his/her family and friends to come up with the specified amount. There are two main types of bonds: cash and surety.

Many people simply do not have the money needed to post bail by themselves. That is where Liberty Bail bonds can help in providing a surety bond. Bail is conditional. This means that in order for the defendant to be released, not only does he/she need to pay the specified amount, but he/she must also follow all requirements outlined by the courts. Many times such requirements include not leaving the county, no alcohol or drugs, no use of or possession of firearms, etc.

As a licensed bail bond provider in Tarrant county, Liberty has helped many individuals and their loved ones post bail and get home to await the next steps of the process.

What services Can I expect with Liberty?

Liberty Bail Bonds are licensed bail bondsmen with years of experience working with Tarrant county residents and families.  With competitive prices and 24/7 access to our support team, Liberty is available to assist whenever you need us! We know stressful times require precise, direct, and immediate response. At Liberty Bail Bonds, you can expect the following from our team:

How is Liberty Different from the Competition?

Aside from our fair pricing, availability, and customer service, Liberty is located minutes from downtown Fort Worth! We are easily accessible and strive to make this experience as positive as possible, considering the circumstances. We serve a large variety of locations in Texas and are a top name in the Tarrant County/ Fort Worth area.

What is the Bail Bond Process?

From start to finish, a typical bail bond process typically takes no more than 8 hours. The first step is to await the judge’s decision on the bail amount. Once bail is set, if a bail bond company is required, Liberty will walk you through all paperwork and very clearly state fees, expectations, and requirements to obtain a surety loan. Bail itself is not a fine, but rather a collateral that the defendant will indeed arrive at all court dates and follow all conditions of his/her bail. Not doing so will result in the surrender of bail to the courts and a warrant being issued for the defendant. The loan itself is conditional and, if conditions are forfeited, the cosigner is responsible for paying the remainder of the loan, plus any agreed upon fees.  Most times, the defendant does indeed arrive at all court dates and bail is returned to the company who posted it. In this case, the only charge to the cosigner would be the previously agreed-upon charges for the bail bond service. Once bail has been posted, families can expect their loved one to be released in anywhere between 2 and 8 hours.

Let Liberty help make a stressful situation clear and manageable! Call today to speak with a team member and get started on getting your loved one out of jail!